The Isaac Button Country Potter film night proved to be a wonderful evening. Over 110 people came along, many bringing pots and stories, memories….connections. It was a real testimony to the man and his craft, graft and personality. Tales of collecting pots via tram and wheelbarrow, a specially made “button pot” where a slot allowed the purchaser to pop in a button to an otherwise sealed Button jar, the unbelievable challenges faced by those trying to save Soil Hill Pottery for posterity, the pots Isaac made for a young student to decorate for a project towards his Fine Art degree…. John Hudson gave a fascinating and inspiring talk at the end of the film – giving the perfect background and local perspective to the film and setting things in context. Given that the film is without sound-track – for those new to it – this was invaluable. And poetry too from Graham Mort. Thanks to everyone who came from far and wide.

Sadly – on an earlier walk up on Soil Hill – I saw that the kiln, was still standing when I visited last in 2015 (albeit with partial roof collapse) is now flattened. So much for “listed” status!

An atrocity of moorland,

Carcase that gales fast on.

From, A Halifax Cider Jar 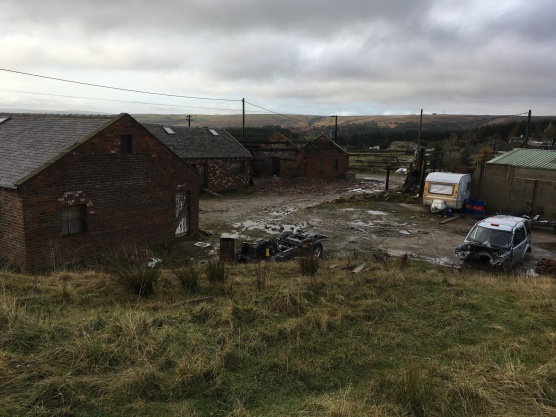 The site of Isaac Button’s workshop, just after the flattening of his old kiln 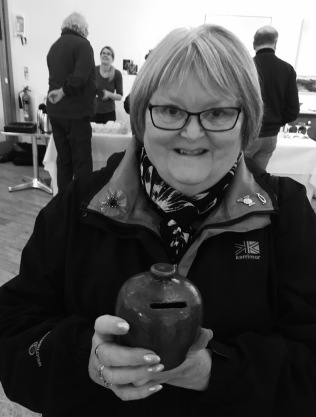