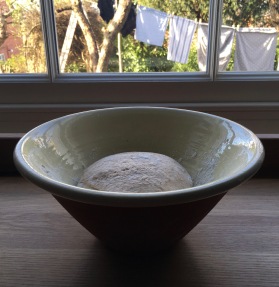 Proving – with cloth off!
Posted on January 20, 2017November 2, 2017 Posted in Bowls and baking, WorkTagged Bakers bowls, Baking, PancheonLeave a comment

These photographs catalogue my fascination with the connections between people and place, materials and function – a vital area of focus for me.. For me ceramics can be functional and beautiful – and so often have a really deeply personal connection to the people that use them everyday. However – as this growing series of photographs shows, the materials available to people are so varied, and there are so many considerations – size, price, availability, durability, weight etc…. that whilst some people do have a strong sense of attachment – many don’t – the emphasis being more simply and directly about utility. 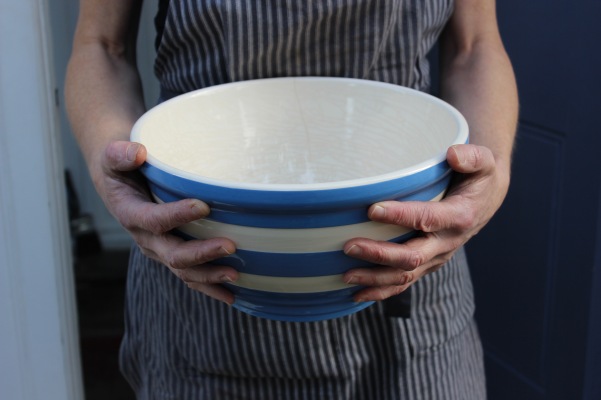 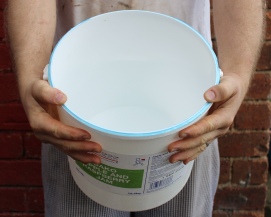 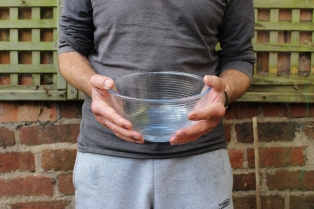 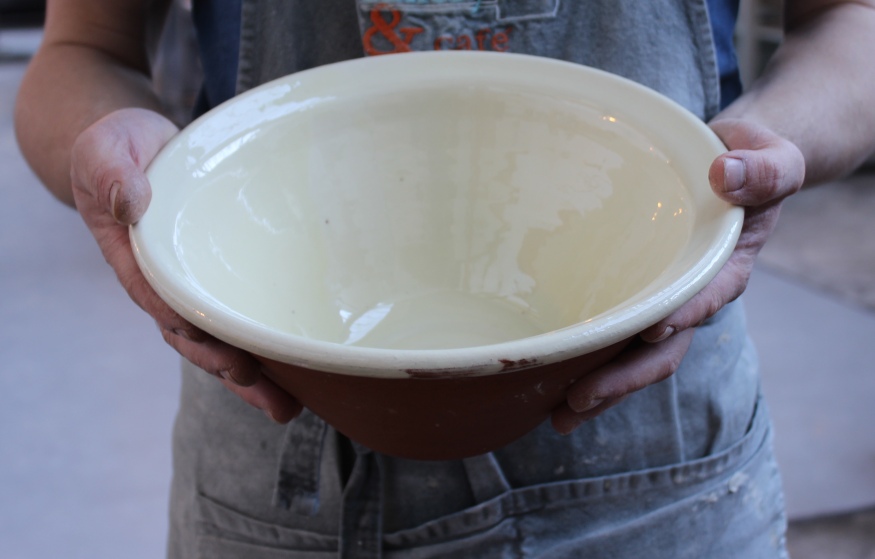 My connection with pancheons starts with a visit to the Piece Hall in Halifax, in 1985. There was a stall selling these beautiful, functional bowls for a few quid a piece, and I came away with two – one for my parents and one for me. I have treasured this bowl ever since. During my meanderings and exploration of Isaac Button’s old workshop site north of Halifax, I found rim shards from broken pancheons identical to mine, scattered around the area and along the bridleway that led down from the site (which was then being converted into apartments – or so I was told). The classic still photograph taken from John Anderson’s 1966 film, Isaac Button Country Potter, shows Isaac carrying a ware board with five medium pancheons – again identical to the one I bought all those years ago. Given that these forms were not stamped with a makers mark – I can only guess – or hope that, mine is one from this iconic workshop.

My pancheons are made primary from locally sourced, hand-dug clay (earthenware and stoneware), and echo the traditional forms associated with bread making, dairying and general home use (washing etc.) that were made in the centuries before plastics, pressed steel and other cheaper, more durable alternatives became widely available. They come in a variety of sizes, most commonly with a diameter of 35 cm and a height of around 15 cm. 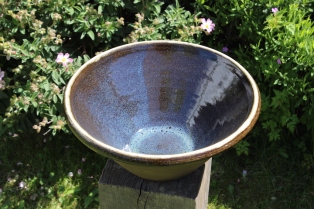 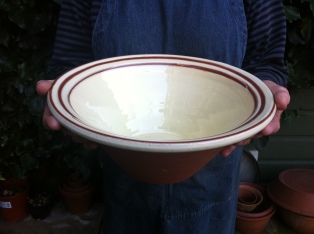 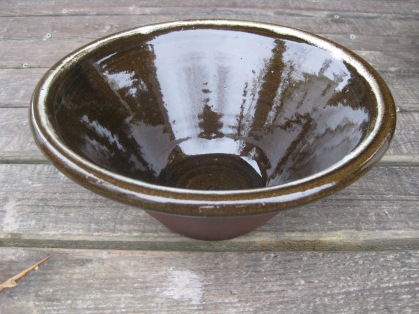 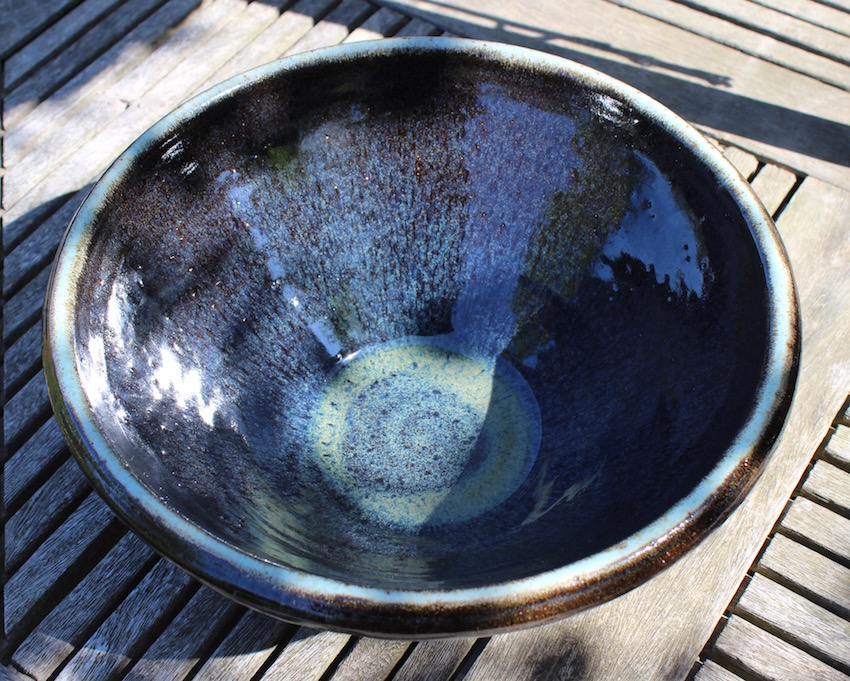 Today’s kiln opening revealed another Clee Hill pancheon (31cm this time) with a beautiful, almost “hare’s fur” / chun effect. The bubble in the glaze is not only creating a blue blush through the glaze, there is also a streaking that is reminiscent of hare’s fur glazes I have seen in Song dynasty (1127-1279 AD) Chinese ceramics. It is pure luck / chance that I have stumbled across this glaze effect using three readily available local ingredients with the addition of quartz (which I justify as being one of the most ubiquitous and commonly occurring minerals on the planet and certainly present around Clee Hill). The crucial application factor seems to be the combination of the exact mix of ingredients plus the thick application of the glaze. It has to be thick to the point where it actually leaves drying cracks after application to the biscuit fired bowl.

In making a new range of pancheons – or “steens” as they are called in the Shropshire and across the West Midlands, I mixed ingredients from the Clee Hill for glaze tests as I did with my first explorations in 2014 (a mix of local wood ash, the clay I use from Cleehill village & dolerite or “dhustone” dust from the quarry on the hill – see below), experimenting with different percentages again just to check what results were possible. This time I also added small quantities of quartz and I noticed a slight chun effect forming with one of the mixes. I have been absolutely delighted with the results that this mix can achieve – an exquisite speckled blue / silver, on a background of deep, dark brown flecked with green. It is exactly what I have been looking for. That combination of mixing local ingredients with local forms (see next post) to create something useful and beautiful.

This experimental work and finished pieces will be on view on for my stall as part of the University of Bath Spa’s stand in the Learning Zone at the Contemporary Craft Festival at Bovey Tracey (10th-12th June).